The Tintenbar School of Arts

Tintenbar Hall is the heart of the community.  Over the past 10 years, the hall has been lovingly restored and extended.  In 2005 the hall turned 100 and is regarded as a heritage landmark of the area. 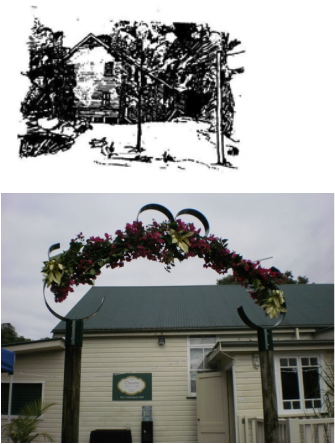 Tintenbar is situated at the southern point of the Big Scrub rainforest which attracted the first white settlers in the mid 1850's. It is at the head of navigable water of Emigrant Creek which enabled access to the Richmond River and the areas north including Bangalow .

The timber getter village of Tintenbar rapidly emerged and became a permanent settlement and by the 1870s there were churches, hotels, emporiums as well as a post office, butcher shop, blacksmith, school and hall. The village  centred around the wharf and George St. and  was subdivided and proclaimed a Village in the 1880s.

Victoria Hall was the original hall built in 1860s on a site closer to the creek. However after flooding, as well as the limited capacity of the building, it was decided to relocate and build a larger, two storey hall on an elevated site on the eastern side of George St. The new hall was opened in 1904.

Mechanics Institutes and Schools of Arts were a feature of the early 20th century, providing country people with learning and social opportunities.  The new Tintenbar Hall had a library installed down stairs, along with the kitchen, and the dance floor upstairs was regarded as one of the best in the area.

The Hall has been continuously used and has remained a focal point for community conducting educational and social activities appropriate for the times.  During the war years there were meetings that supported the war effort and innumerable farewell parties for men going off to war and celebrations on their return.  The Tintenbar Honour Rolls are located in the Hall.  Over the years  the Tintenbar Agricultural and Produce Shows  were held there as well as many weddings, parties and school concerts.

By the end of the 20th century the hall was in considerable disrepair. The committee at the time were faced with a decision to renovate or demolish.  They decided the community needed this important facility and set about a ten year plan for restoration.  What you see today is the result of their achievements.  The Hall has a new roof, toilet block, commercial kitchen and verandah which  has added new life to this fantastic community facility.
​